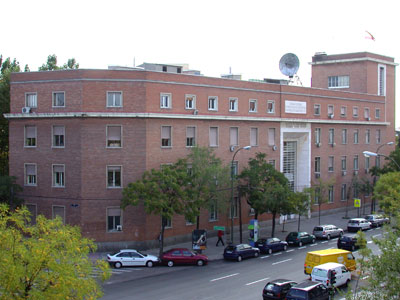 The Institute for Physical and Information Technologies (ITEFI) is an institute within the Spanish National Research Council (CSIC), whose primary aim is the research on novel physical technologies applicable to industrial, biomedical and environmental fields, as well as information technologies associated with the communications security and cryptography fields.

The name of this institute hopes to reflect, in a general manner, both the research lines currently pursued by our scientific staff and those that could be acquired in the future by the evolution of both the present ones and the technologies involved.

The staff working in this institute – created the 26th of June 2013 by the State Agency CSIC – comes from centers and institutes within CSIC, which are now disappeared, such as the Institute of Applied Physics (IFA), the Acoustics Institute, the Institute of Industrial Automation (IAI), the Information Security Institute and the Center of Physical Technologies “Leonardo Torres Quevedo”.

The name of “Leonardo Torres Quevedo”, which gives name to the institute, makes reference, not only to the building that acts as the headquarters of the ITEFI, but also wishes to serve as the unequivocal symbol of the will of being pioneers in the fields of physical technologies, mathematics and information.